Showing posts from 2018
Show all 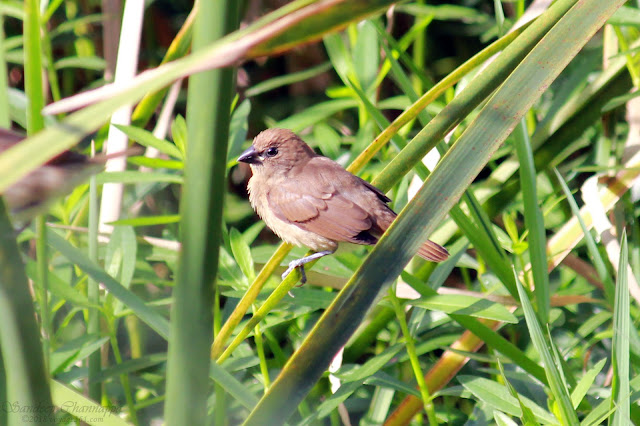 After having explored birding hotspot across Bengaluru, Jakkur lake hadn't caught my attention even being in my proximity.The recent sightings of Alexandrine Parakeet and Gray Hornbills had to drag me to this lake.

About Jakkur Lake:
Jakkur lake is spread across 160 acres and has nearly 5 km of pathway around it. There are two water inlets, the north inlet enters the lake through water treatment plant. The eastern inlet doesn't have any water treatment plant, instead has a flood wall which allows only excess water to enter the lake. For this reason it stinks while crossing the eastern inlet.
The Facebook group Jala Poshan - Nurturing the Jakkur Lake, organizes weekly Lake Side Activities & Events.
Lake Timings: 5 a.m to 9 a.m & 4 p.m to 7 p.m.

Birds of Jakkur Lake:
Jakkur lake is popular among the waterfowl's and munia's. Some of the popular sightings include the migratory Garganey, Northern Shoveler, Northern Pintail, Sandpipers and …
2 comments
Location: Jakkur Lake, Bengaluru, Karnataka 560064
Read more 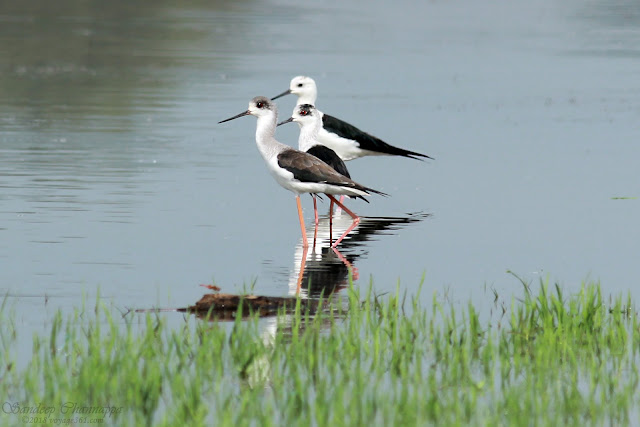 About the lake:
Hesaraghatta Lake is actually a man-made reservoir built across the Arkavathy river in 1894. It served as a drinking water supply for Bengaluru city. The lake stretches over 3km long and nearly 1km wide during monsoons and the lake surface area covers upto 1,100 acres at its full capacity. The lake bed is surrounded by the grasslands which attracts raptors, shrikes and many resident bird species, and the lake itself attracts the water birds. Hesaraghatta used to be very popular among the birders when the Vultures and Eagles were commonly sighted. But today due to constant deterioration of the lake and increasing human intervention, the avian species count have drastically decreased. 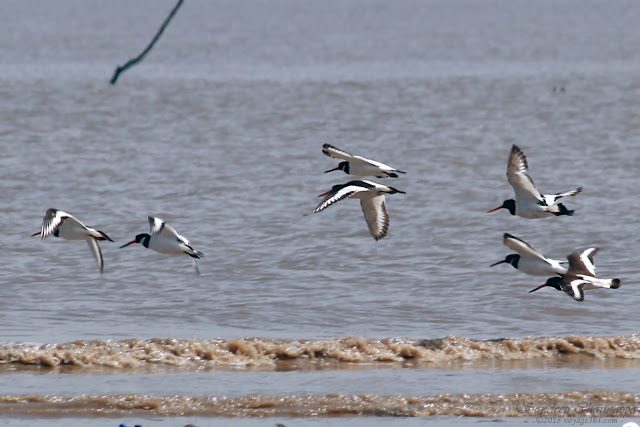 
After having done bird watching in lakes, parks, hills and grasslands, one thing which was long awaited was a dedicated bird walk in seashores. There are many popular birding destinations in and around Mumbai for shorebirds including the Arnala beach and Buigaon beach in Virar, Uran wetlands in Panje, and Akshi beach in Alibaug. After following recent bird counts reported in Arnala, decided to visit the shoreline of Arnala in Virar.

About Arnala Shoreline:
Not to be confused with the Arnala beach where tourists and locals flock in, but the shoreline extending towards Mamachi Wadi and Tuss Khadi are popular among the shorebirds. Its very much undisturbed and unfrequented by humans.
How to reach:
The nearest bus stop is the Jyoti Mata Church stop in Virar. Buses from Virar railway station run every ten mins to Arnala. The beach is a fair 2.5km walk from the bus stop.

Birds of Arnala:
The beach is a hotspot for coastal birds, while many of the…
Post a Comment
Location: Vaitarna River Dam, Shindhicha Pada Rd, Agashi, Virar West, Virar, Maharashtra 421303, India
Read more 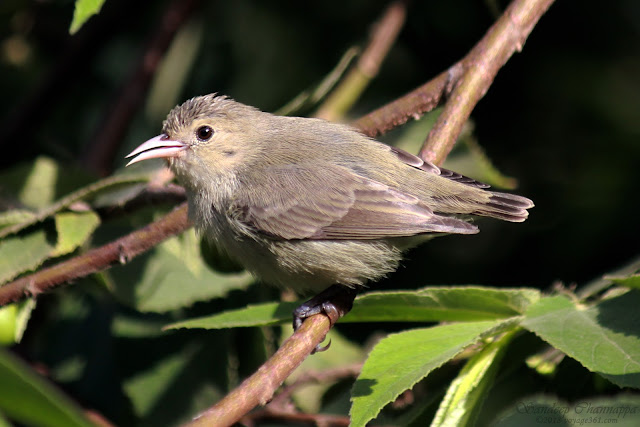 Pashan Lake is considered as hotspot for birds.With nearly 210 avian species reported in this lake, it is the third best place in Pune city for bird watching after Kavdi Pat and Vetal tekdi.

It hosts both resident and migratory birds due to its thick tree canopies surrounding the water body. The best time to visit the lake is during the winters, although resident birds are seen round the year.

Bird watchers from Pune have noticed there have been significant decline in the bird species spotted at Pashan Lake since last few decades, specifically the migratory birds. The decline is arguably due to the ‘beautification’ project conducted by the Pune Municipal Corporation. Its simply natural habitat attracts more life than the artificial habitats. 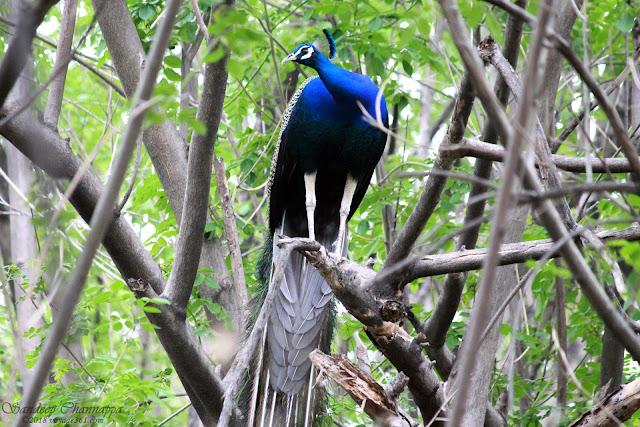 The onset of monsoons made Pune greener all again, which inspired me to explore Vetal Tekdi (hill) again.
This place has never disappointed me in-terms of the bird activity or the nature it has to offer. I started my walk from the ARAI towards the quarry.
There was not much of bird activity this time as it was already past 7.30 a.m & to start with, there was a lone little Grebe in the Quarry pond, some Egrets flying over, Cormorants resting on the trees & Indian Robins prowling on the grounds. A little further there were the aerial hunters, the green bee-eaters and the white throated Kingfishers perched over the branches & twigs above the pond in search of its prey, and there were the Ashy Prinias with their tail held upright & continuous tee-tee-tee calls.
It was a sluggish start, before I went off the beaten track, which was very much secluded and almost no human interference. I was greeted by a pretty little pair of Small Minivets.…
Post a Comment
Location: Vetal Tekdi, Pashan, Pune, Maharashtra 411038
Read more
More posts

The city of Luxembourg is a UNESCO World Heritage Site and capital of Luxembourg, which happens to be the country with the highest GDP per capita in the world and seat of the Court of Justice of the European Union.
The beauty of the city is perhaps its steep rocky terrain connected through numerous beautiful bridges. The stone arch Adolphe Bridge is one of the finest examples built over the Pétrusse river.
The city is small enough to explore within a day or can be stretched over a weekend to include the nearby Vianden Castle.
A visit to the Casemates du Bock is a must, with its amazing 17th century fortifications and breathtaking views of the Alzette valley. It is indeed the most visited tourist attraction of Luxembourg.
The complex underground tunnels of casemates is over 17km long with spectacular views of the city. The viewing platform along the fortification is popularly known as Chemin de la Corniche, the "most beautiful balcony of Europe&…
Read more

- May 26, 2020
Neuschwanstein castle:
What was once termed as an eccentric dream of King Ludwig II, is now the most beautiful and one of the most visited castle in the world. Who would have imagined that his vision would become one of the iconic structure of the country. Positioned on top of a hill, surrounded by the magnificent landscapes of Bavarian alps overlooking the Alpsee and Pöllat waterfall. This legendary castle served as an inspiration to build the Disneyland's Sleeping Beauty Castle.
The Neuschwanstein castle literally means New Swan Stone castle. It was occupied by King Ludwig II in 1886, though he never lived to see his vision fully realized.
Located in southern most tip of Germany, near the Austrian border, and nestled within the Alps is this fictional village of Schwangau and it's beautiful castles. The Neuschwanstein castle can be reached by a 20min hike from the Schwangau village and another 15min hike further to reach the Marienbrücke or catch the bus to reach the hill top…
Read more

- April 14, 2020
The Netherlands has a coastline of over 451 km, wide open to the north sea. Much of its land has been reclaimed from the sea and is below sea level, not surprisingly its coastal wetlands make up some of the best birding hotspots, apart from the inland nature reserves. Close to 500 bird species are recorded in the country, much of them are waders and water birds due to its geography.

As a non-resident birdwatcher it was not an easy task to locate the right bird watching spots, whilst ebird helped considerably, the rest was on me to explore the Dutch lands. Nevertheless, the country is much safer to explore and the good facilities such as birding hides at the right places, easy access to most reserves makes it a birder friendly country.

I have explored two of the birding hotspots, the Texel Island and Oostvaardersplassen nature reserve. Apart from these, I found bird watching and bird photography can be interesting in the neighborhood city parks and also tourist places such as Zaanse S…
Read more