Rotterdam is famous for its architecture and port. It has numerous structures with architectural importance, including the tallest building of Netherlands Maastoren, De Rotterdam, The Red Apple, KPN tower, Witte Huis, cube houses, Erasmus Bridge, Euromast, NAi, De Brug and Montevideo.
Just after you come out of the Rotterdam central you get to witness two prominent structures Gebouw Delftse Poort and De Calypso.
Gebouw Delftse Poort is about 151 m tall with 41 storeys. It is designed by Abe Bonnema and was completed in 1991. It was the tallest building in Netherlands until 2009, and still stands the third tallest. The remarkably feature of this building is hidden underground. Due to a metro tunnel running underneath the project, advanced construction methods were required, allowing only a single underground floor to be built.
Another exceptional structure in the downtown Rotterdam is the De CalypSo towers. It is designed by the famous architect William Alsop. It has four towers. Tower A differs in color from tower B, C and D. The façade consists of red full cover enameled glass panels. While the other three towers have playful façade surfaces diagonally staggered and the use of color trying to do to shrink the mass. This results in an exciting building, which appears to be no dwelling same.
There is an Architecture Walking Tour also developed by Rotterdam.info which provides the maps for a 2hrs walk tour through the prominent architectural buildings of Rotterdam, starting from the Rotterdam Central through the cube houses, Erasmus Bridge, De Rotterdam, Inntel Hotel, NAI, and De Calypso.
We had a selective architecture walk from the list starting from the Cube House.

Our first stopover in Rotterdam was the Blaak station, the cube houses are just beside.
These cube houses are designed by the architect Piet Blom based on the concept of "living as an urban roof" in 1978 and the construction was completed in 1984. These are a series of 40 houses in the shape of a cube elevated over a hexagonal column like structure which also accommodates the staircase to reach these cube house.

After having a walk through the cube houses, we walked towards the oudehaven and here was the oldest skyscraper of Europe, the Witte Huis. This 43m tall building was designed by the architect Willem Molenbroek and was constructed in 1898, which was the tallest building of Europe then. Another interesting aspect of the building is the site of the building is just about 1m above sea level, so before construction 1000 piles were driven into the ground to support the building's weight.


Just a few foot steps away is the cable-stayed bridge Willemsbrug, which is built over Nieuwe Maas. This bridge is designed by Cor Veerling and is built in 1981. This is often less looked over the Erasmus Bridge which is located beside. 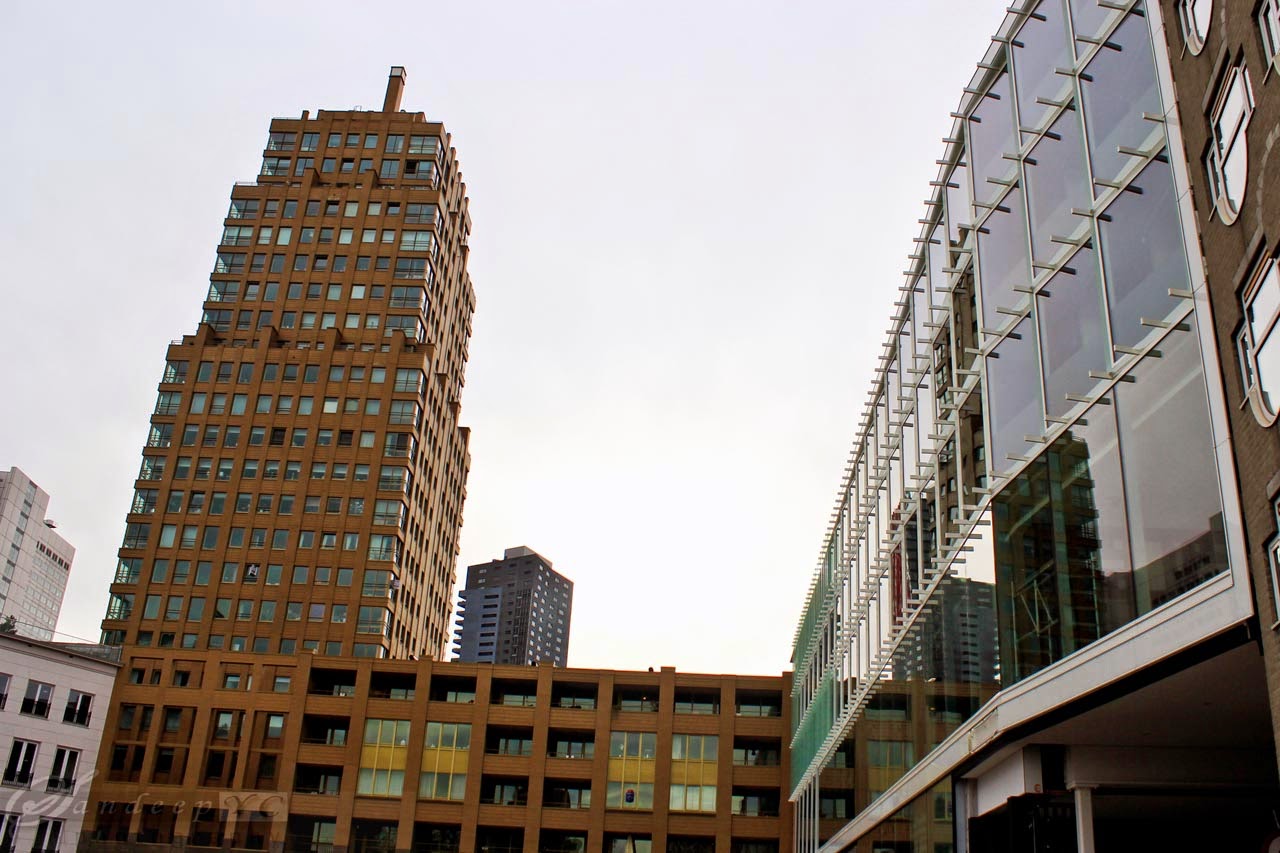 Click below for more on my Netherlands experience,
The canal district of Amsterdam
Amsterdam Nightlife
Explore Amsterdam by walk - Part I
Explore Amsterdam by walk - Part II
The Royal Zoo of Artis - Part I
The Royal Zoo of Artis - Part II, Butterfly Park & Aquarium
Miniature city of Maduradam
The city of Hague
The city of Modern Architecture - Rotterdam - Part II
An Evening in Utrecht
Location: Blaak, Rotterdam, The Netherlands