While Amsterdam is the capital of Netherlands, The Hague city is the seat of the Dutch government and parliament.
The city is comparatively less populated than Amsterdam, it has various buildings of significance including the Dutch ministries like Ministry of the Interior and Kingdom Relations, Ministry of Security and Justice, and Ministry of Education, Culture and Science.
The most popular buildings of Den Haag are The Royal Palace of Huis ten Bosch, Vredespaleis or the Peace Palace and the Binnenhof, the modern buildings include the Dutch Ministries buildings, de kroon building, Muzentoren office building, Hoftoren, Zurichtoren or the Zurich tower, New Babylon Tower, and the Den Haag central.

Most of these buildings can be seen by walking down the streets from the Den Haag central to the Binnenhof.

The Helicon building is built in 1998 by Soeters Van Eldonk architecten.
The 88 m high Zurich tower was built in 1999 and is designed by Architects Cesar Pelli & Associates.
The 78 m high Muzentoren was built in 2000 and is designed by Rob Krier Christoph Kohl Architekten.
Hoftoren is another skyscraper with 29-storey and141.86 m high, designed by Kohn Pedersen Fox (KPF) Associates and built in 2003, it is home to Ministry of Education, Culture and Science of the Netherlands.

The New Babylon complex is a 141.44 m tall structure designed by Meyer en Van Schooten Architecten and was constructed in the year 2012.
The 77 m high Witte Anna tower is designed by Groep 5 Architecten and is constructed in 1987.
The New Den Haag Centraal station is designed by Benthem Crouwel Architects and has a roof made of glass plates placed in a framework of stainless steel. The central station is said to be completed in 2015. It has all three public transport facilities under the same roof, Train (including Metro and intercity and international trains), Tram and Buses.


The third in the row is the light brown colored De Kroon building constructed in 2011. It is 131.5 m tall with 41 floors and is designed by Rapp + Rapp architects. 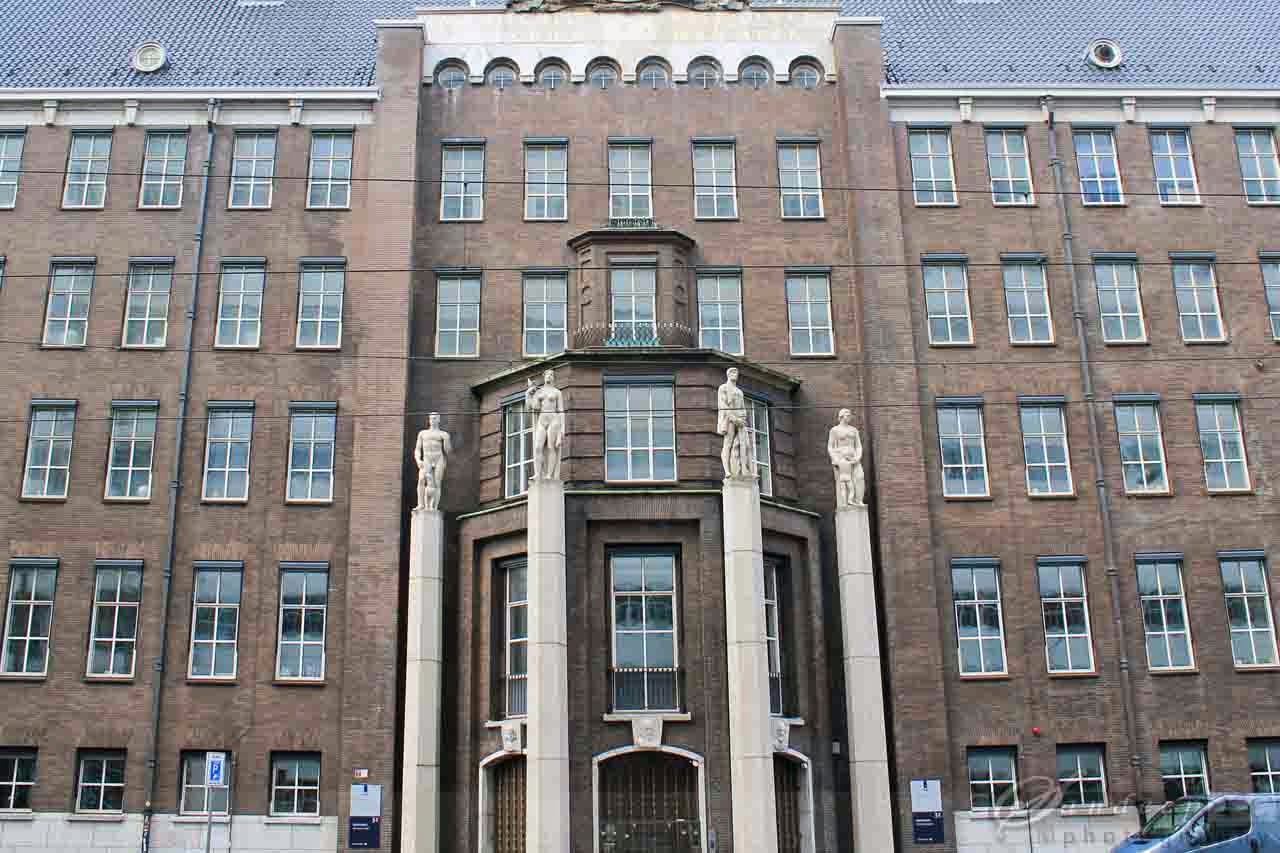