Showing posts from September, 2014
Show all

An Evening in Utrecht 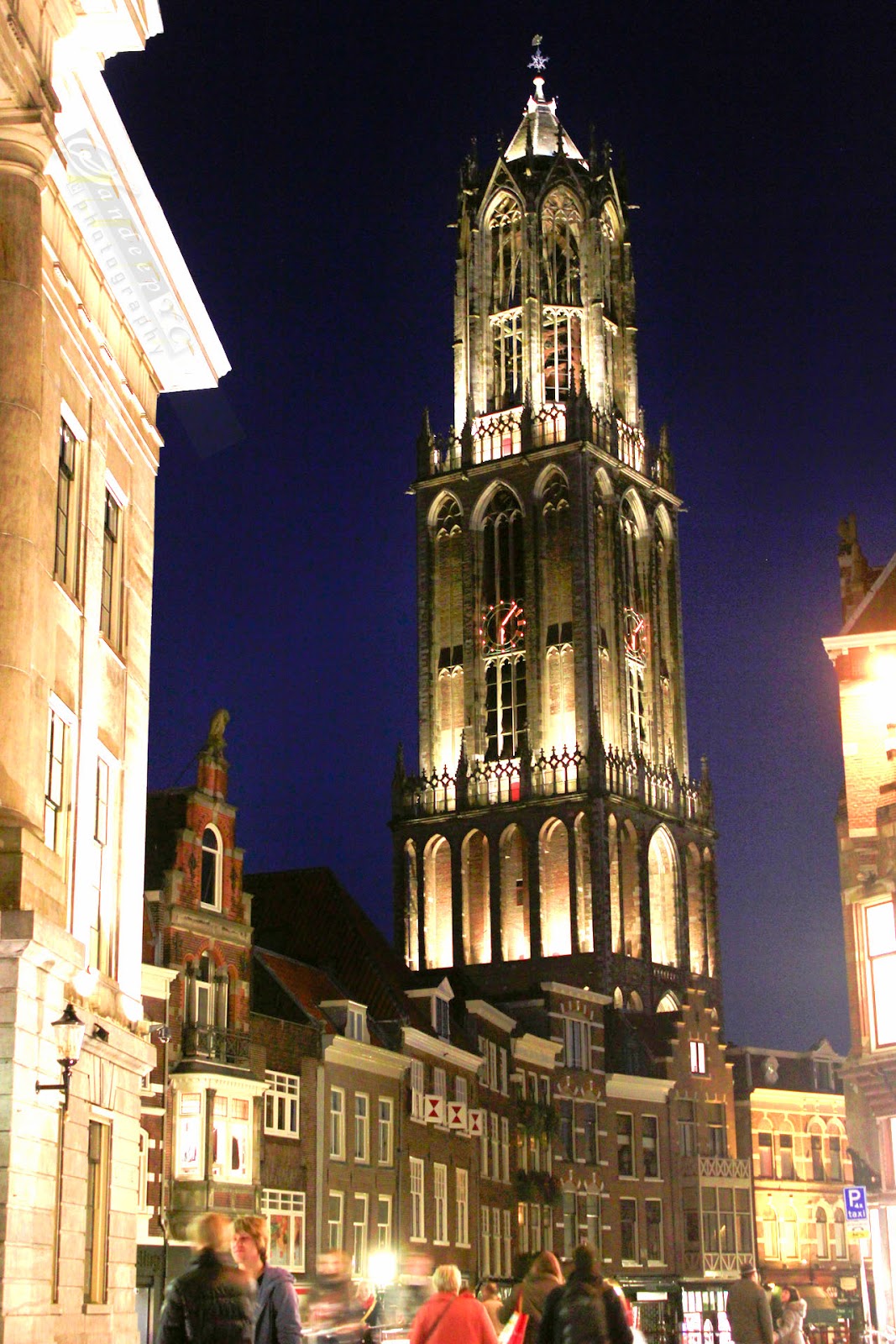 An Evening in Utrecht Evening walk in the lovely city of Utrecht with Hot Holland Fries. The main attractions of Utrecht city are the Domtoren or the Dom Tower, Molen Rijn en Zon or the Rhine and Shine windmill, Belgisch Bier Café Olivier and the beautiful canals. Dom Tower - The Symbol of Utrecht Utrecht is best discovered by walk or with bicycle. Had a small walk around the city starting with the Molen Rijn en Zon wind mill , which is located at the intersection of Adelaarstraat and Merelstraat and is about 1.5km from Utrecht central. This is one of the easily accessible wind mills in Utrecht very near to Vecht River. Another 1.5 km walk to the south leads to the amazing structure of Utrecht city, the Dom Tower, which can be spotted from a distance. This Gothic-style tower built in 1382 is the Symbol of Utrecht city & tallest church tower in the Netherlands, at 112.5 m height. This was also one of the largest towers constructed in Europe during the fourteen
Post a Comment
Location: Utrecht, The Netherlands
Read more 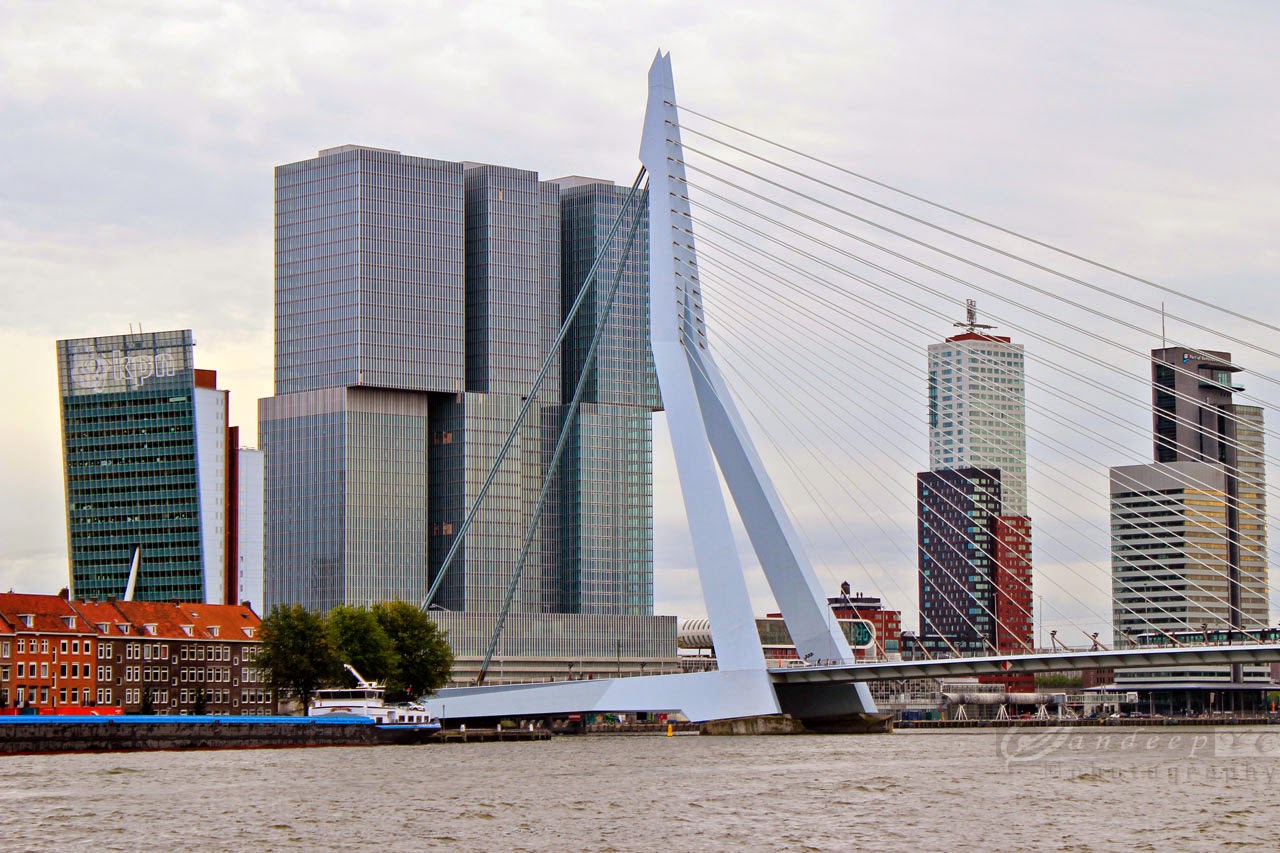 The city of Modern Architecture - II, Rotterdam Skyscrapers of Kop Van Zuid Boompjes: Towards the Boompjes is a white building Willemswerf , designed by the Amsterdam architect Wim Quist. It has a facade with an interrupting sloping glass diagonally over the full length of the façade, dividing the structure into two parts as it appears from front. Willemswerf; 1989; Wim Quist Just beside the Willemswerf is the Red Apple , which is 124 m high are 40-storey residential skyscraper. Red Apple is designed by KCAP Architects & Planners and Jan des Bouvrie and was completed in 2009. The facades are designed with bright red anodized aluminum with small shifts relative to one another. Red Apple;2009;KCAP Architects Adjacent to Red Apple is  Waterstadtoren  which is about 108.88 m high and is constructed in 2004. It was designed by HM Architekten. Waterstadtoren;2004;HM Architekten(L), Red Apple;2009;KCAP Architects(R) Through the Boompjes is another popular
Post a Comment
Location: Kop van Zuid, Rotterdam, The Netherlands
Read more 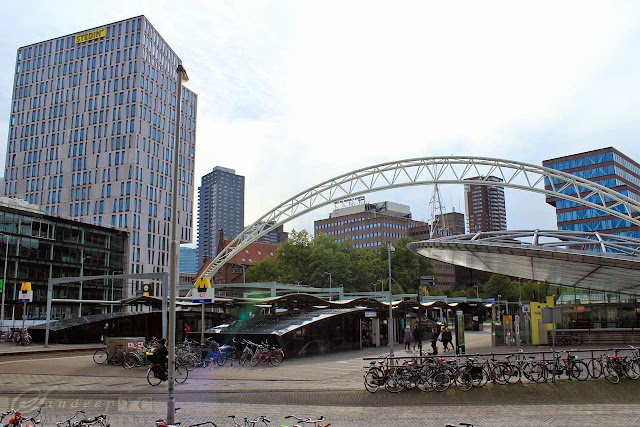 The city of Modern Architecture - I, Rotterdam Rotterdam is famous for its architecture and port. It has numerous structures with architectural importance, including the tallest building of Netherlands Maastoren, De Rotterdam, The Red Apple, KPN tower, Witte Huis, cube houses, Erasmus Bridge, Euromast, NAi, De Brug and Montevideo. Just after you come out of the Rotterdam central you get to witness two prominent structures Gebouw Delftse Poort and De Calypso. Near Blaak Station Gebouw Delftse Poort is about 151 m tall with 41 storeys. It is designed by Abe Bonnema and was completed in 1991. It was the tallest building in Netherlands until 2009, and still stands the third tallest. The remarkably feature of this building is hidden underground. Due to a metro tunnel running underneath the project, advanced construction methods were required, allowing only a single underground floor to be built. Gebouw Delftse Poort Another exceptional structure in the downtown R
Post a Comment
Location: Blaak, Rotterdam, The Netherlands
Read more 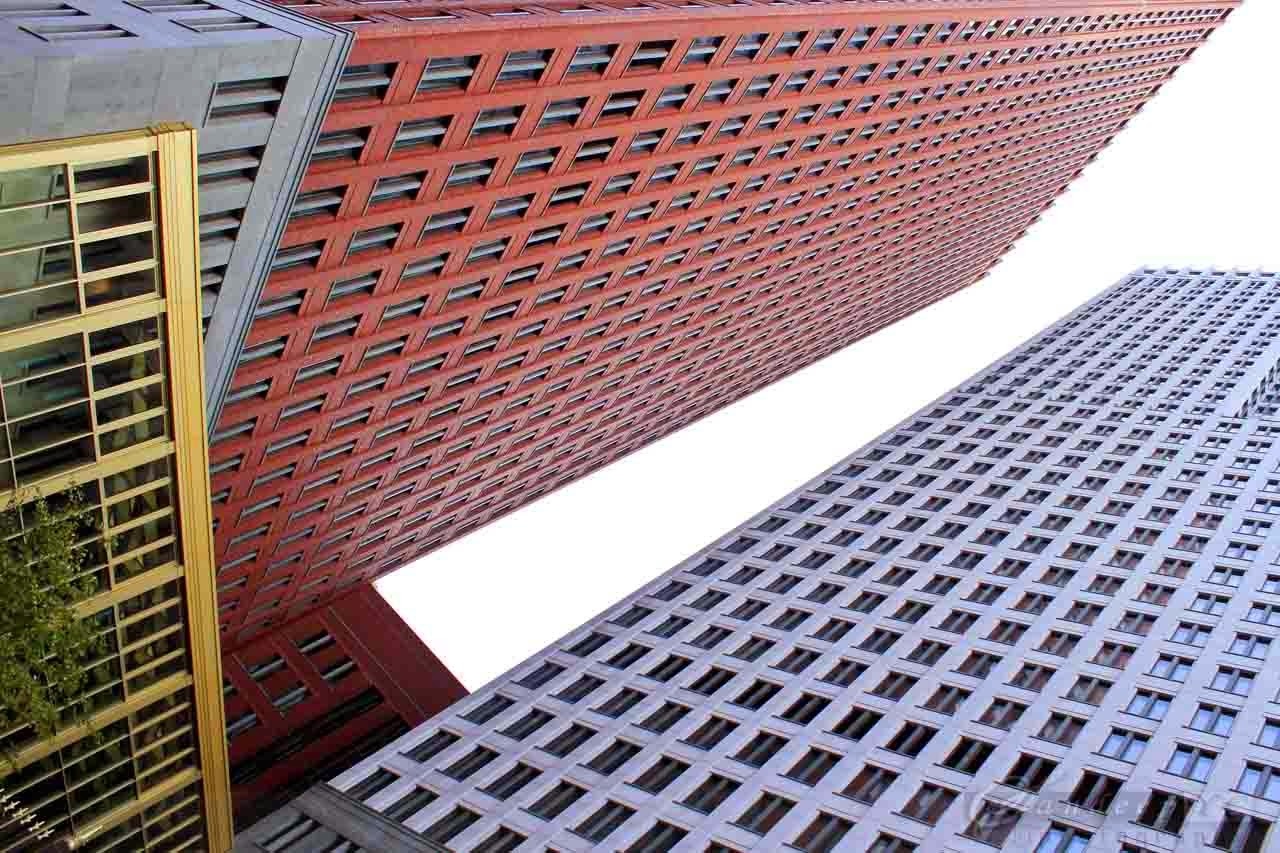 The Hague city: While Amsterdam is the capital of Netherlands, The Hague city is the seat of the Dutch government and parliament. The city is comparatively less populated than Amsterdam, it has various buildings of significance including the Dutch ministries like Ministry of the Interior and Kingdom Relations, Ministry of Security and Justice, and Ministry of Education, Culture and Science. Dutch Ministries Buildings, The Hague The most popular buildings of Den Haag are The Royal Palace of Huis ten Bosch, Vredespaleis or the Peace Palace and the Binnenhof, the modern buildings include the Dutch Ministries buildings, de kroon building, Muzentoren office building, Hoftoren, Zurichtoren or the Zurich tower, New Babylon Tower, and the Den Haag central. Most of these buildings can be seen by walking down the streets from the Den Haag central to the Binnenhof. The Helicon building is built in 1998 by Soeters Van Eldonk architecten. The Helicon; 1998; Soeters Van Eldon
Post a Comment
Location: The Hague, The Netherlands
Read more
More posts