Next in the itinerary were the Brahma Jinalaya and the museum, which was just about 500m from the Kashivishwanatha temple. After spending enough time at Kashivishwanatha temple, we then moved towards the Museum, where the Brahma Jinalaya temple is also located.
Archeological Museum: The Museum is worth a visit. Unlike Kashivishwanatha temple there is a ticketing counter here where one has to take tickets at the museum, it was 10Rs per adult and 25Rs for camera. The museum is undertaken from the Archeological survey of India and is pretty well maintained too. It has a lot of exquisite monuments and here again photography was banned. 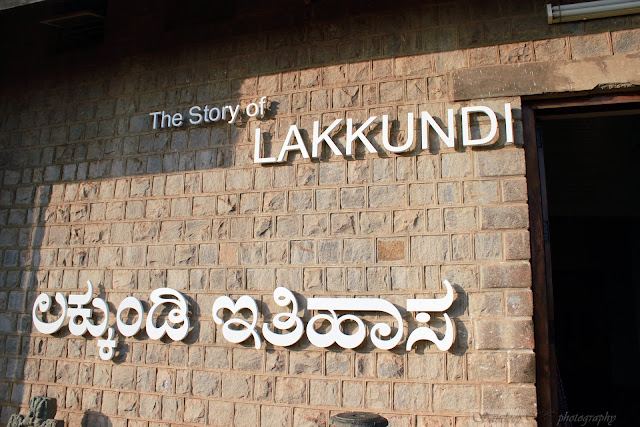 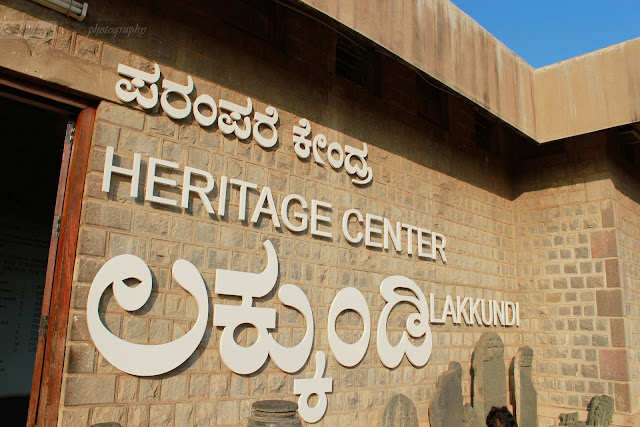 Brahma Jinalaya/ Jainalaya (Basadi): behind the museum is the Jain basadi which is perhaps the largest and oldest temple at Lakkundi today. An inscription found here reveals that the temple was built in 1007 AD by queen Attimabbe or Attiyabbe, wife of chief Nagadeva, during the reign of the Kalyani Chalukya ruler Irivabedanga Satyashraya. This temple is a good example of the Karnataka Dravida style of temple construction, a style that evolved during the Kalyani Chalukya period.

The temple is arranged along an east-west axis, and has a sanctum, a vestibule, a walled hall, a large open pillared hall, and an entrance gateway. But an unusual feature here is the second functional smaller sanctum over the ground floor sanctum. The temple’s three-storied superstructure is crowned by a square cupola and a pot finial. The front open pillared hall with its varieties of beautiful pillars and sloping roof may be a later addition. Exterior decoration is restricted to architectural motifs and small figures of Tirthankaras, Yakshas and Yakshis. 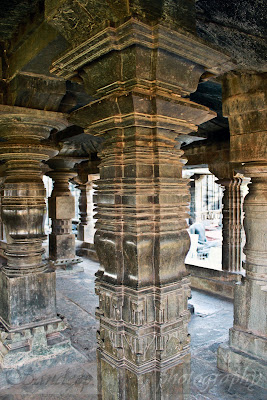 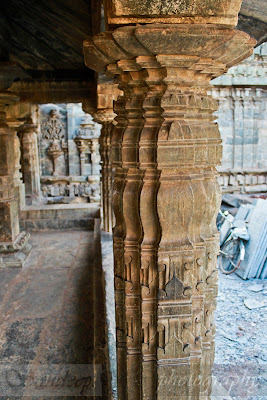 The square navaranga has in the center four Chalukyan pillars of great beauty. The base of the pillars has low relief sculptures of dancers, musicians, mother and a child etc.

The doorway is finely carved with creeper and has Gajalakshmi on the lintel.
The open mukhamandapa has 28 fine pillars.

The temple is dedicated to Mahavira, the most revered saint of Jainism. The square garbagudi holds the idol of Vardhamana Mahavira tirthankara in a fine black stone. He is flanked on both sides by Chamara bearers and there is a triple umbrella above.
There was hardly any light inside the garbhagriha, i took the above pic with long exposure and the one above it with flash.
More than all, the cylindrical sculptor of Chaturmukha Brahma located on the right side of the temple hall, attracts the pilgrims and the art lovers to the heart's content. This was one of the most beautiful sculptures I've ever seen. There were already a lot of damages on the statue so i feel this should rather be preserved inside the museum.
Here i leave it with few more snaps of the temple,
Recall, one of the most popular song in Kannada film, "Anisuthide yaako endu" from movie "Mungaaru Male" was shot here.
It was by late afternoon when we finished seeing this temple and felt have to leave to reach Gadag before dark, so our plan to visit Manikeshwara temple was dropped thought shall see it in my next visit. Our auto was waiting and we went back to the bus stand and caught our bus to Gadag from there. As said by most of the visitors of Lakkundi, it never disappoints you, so it was definitely worth the visit and my time. We reached Gadag in the early evening hours and again felt the Trikuteshwara temple over here would be closed by that time and hence decided that will also go in my next visit.

How to reach: Lakkundi is well connected by government buses from Gadag and Koppal & can be reached by road easily.

Hotels & Restaurants: there are no proper hotels at Lakkundi, so one have to stay at Gadag.