Showing posts from October, 2012
Show all

The Garden of Garden City - Lalbagh

The Garden of Garden City – Lalbagh: Panoramic view of the Lalbagh Lake  Little facts about Lalbagh: Lalbagh was given the status of a Government Botanical Garden in 1856. The park is spread across 240 acres in the heart of the city. stone bench Places to visit in Lalbagh:         Glass House(epicenter of the park)         Lalbagh lake(towards west gate)         The Floral Clock made from HMT(towards the main gate)          Kempegowda Tower on top of the Lalbagh hill(towards KH circle gate and Siddapura gate)         Rose Garden(towards west gate)         Bonsai park(towards KH circle gate and Siddapura gate) Lalbagh Glass House The Floral Clock, Lalbagh Lalbagh Rose Garden What you need to know about the park before you visit:   Vehicles are allowed only through the East gate (Siddapura Gate) towards the Double Road. Can be reached through city bus (BMTC),from majestic catch the buses which goes towards Jayanagar and
Post a Comment
Location: Lalbagh Botanical Garden, Mavalli, Bangalore, India 560004, India
Read more 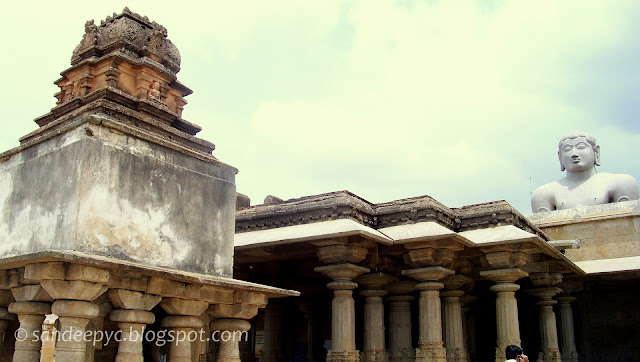 Shravanabelagola About the place:   Shravanabelagola ( ಶ್ರವಣಬೆಳಗೊಳ ) is a town located in the Hassan district, Karnataka which is just 158km from Bangalore and 51km from Hassan, just 12km from the NH-48 it has easy accessibility to reach on road.  This place has one of the highest importance in history, dating back to 298BC when Chandragupta Maurya said to have died here after he became a Jain monk. Chandragupta Basadi, which was dedicated to Chandragupta Maurya, was originally built there by Ashoka in the third century BC. It has two hills Chandragiri and Vindhyagiri, the later being of more importance with its 57-feet tall monolithic statue of Gommateshvara, considered to be the world's largest monolithic stone statue. The base of the statue has inscriptions in Kannada as well as devnagari script, dating from 981 AD. Chandragiri being on the other side of the pond has more number of inscriptions found, these inscriptions include texts in the Kannada, Sanskrit, Ko
Post a Comment
Location: Shravanabelagola, Karnataka, India
Read more
More posts