Trip to Coorg:
Coorg also called as Kodagu lies in the Western Ghats of Karnataka with Pushpagiri Hills on north and Brahmagiri Hills on the south.  The highest peak, Tadiandamol, rises to 1,750 metres lies in Brahmagiri. Madikeri (Mercara) is the headquarters of Coorg District. 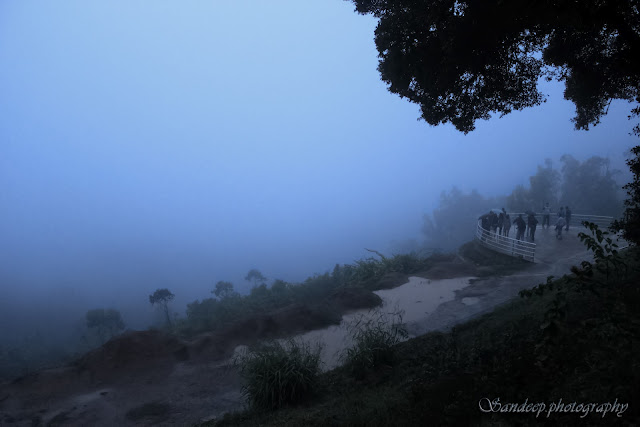 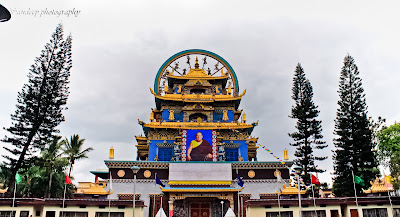 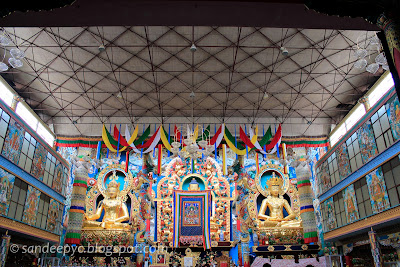 Bylakuppe: On the highway from Mysore towards Madekeri you pass by Kushalanagara where you have to take a left turn to enter the road for Bylakuppe and about 6km further you end up at Buddhist Golden Temple (Namdroling Monastery). This place is a must see for one time due to its easy accessibility. The main temple has 3 huge Statues of Guru Padmasambhava, Buddha Shakyamuni and Amitayus. There is a Tibetan market which is an ideal place for shopping, though bargains are a little the prices are reasonable. 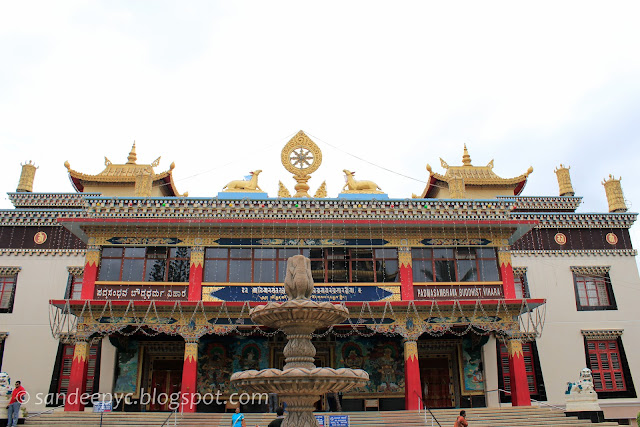 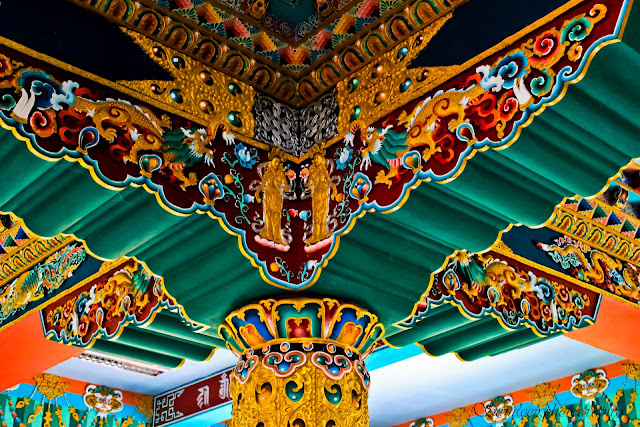 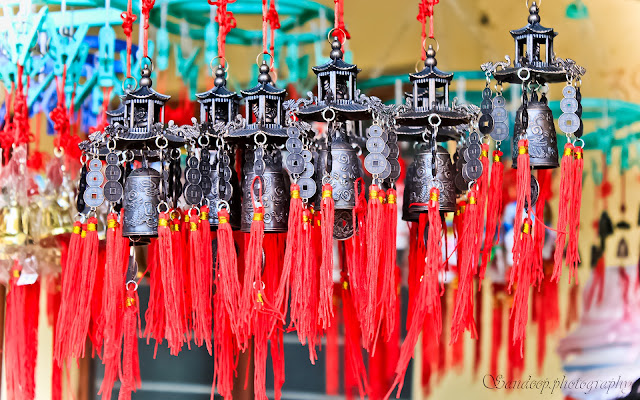 Nisargadhama: Once you come back to Kushalnagara you enter the forest cover and on the left is the Kaveri Nisargadhama, you need to take entrance tickets to enter this place, and there is a pedal boating available at a very reasonable price, life jackets are also provided and is maintained by the Government. Inside the Nisargadhama one has to cross by a Hanging bridge built across River Kaveri, the otherside of the river is a small forest covered with bamboo trees. They also provide Elephant rides inside Nisargadhama.
There is a Deer park inside the place which has a large protected fence so one has to barely see deers, but the huge fence area makes it feel one among the forest. There were also Rabbits, ducks and other birds found inside within small protected area.
There are shops open up for refreshments and restaurant available at the entrance and also there is parking facility available. There is a restaurant available inside Nisargadhama also. 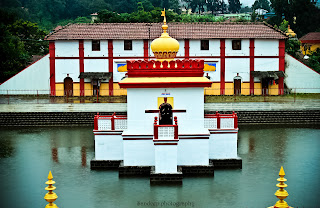 Omkareshwara Temple:  This temple is dedicated to Shiva & lies inside the Madikeri town. The whole temple area is kept clean and the small pond infront of the temple looks beautiful with the Mantap built at the center of the pond. The Temple was built in 1820 in Islamic and Gothic style of architecture. 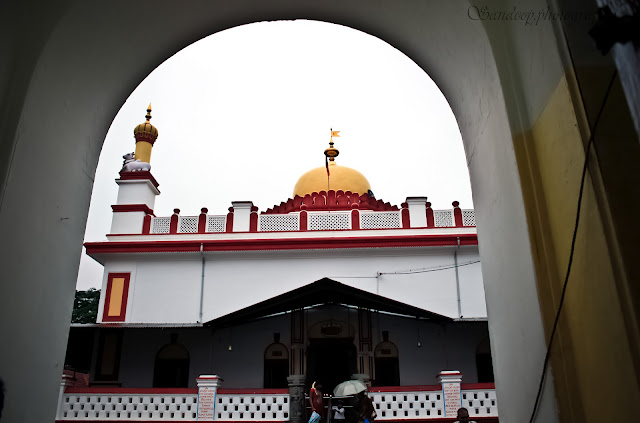 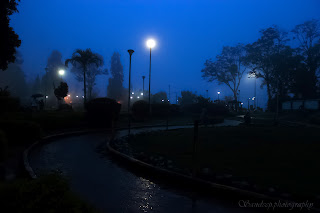 Raja Seat: This is one of the most beautiful place in the town, it is a park with a view point at the end and has artificial fountains inside. It has a nice view point with a view of the valley around Madikeri, best time to visit is evening and one can enjoy the sunset and musical fountain after sunset. The king of Coorg was sitting here to enjoy the view of sunset, hence the name “The Kings Seat”. 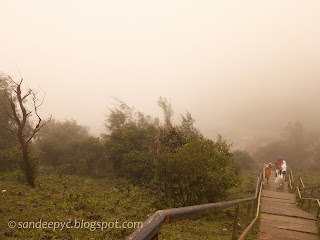 Talakaveri: Talakaveri is the birth place of River Kaveri, and has a special importance in South India. There is a temple built at this place and a tank built at birthplace of Kaveri river, and it lies on top of the hill giving some breathtaking views of the pushpagiri hills, one has to take up around 500 steps to reach the hilltop from the temple to get a better view of the valley. Best time to visit is in the morning. 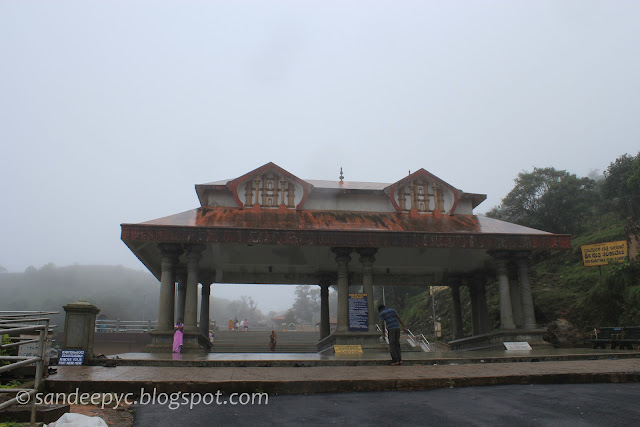 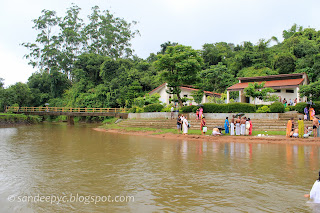 Bhagamandala: Bhagamandala comes on the way to Talakaveri. Bhagamandala is famous for its Bhagandeshwara temple and triveni sangama infront of the Temple. This is where river Kaveri joins Kannike and the mythical Sujyoti river. Here river kaveri is at its early stages with very less force of water which is flowing from talakaveri. There are no restaurants available at Talakaveri, so one can have food at Bhagamandala. 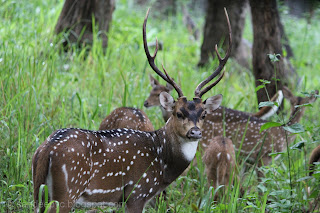 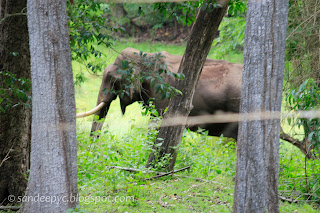 Nagarhole National Park (ನಾಗರಹೊಳೆ ರಾಷ್ಟೀಯ ಉದ್ಯಾನವನ): The park covers 643 km2  and is the second largest National park in karnataka after Bandipur and is recognised as a Tiger reserve. It was recently closed for tourists with supreme courts ban on tourism in tiger reserves of India.
One can spot Asian elephants, spotted deer or Chital, Sambar, Indian bison or gaur, Peacocks and langur monkey in abundant. 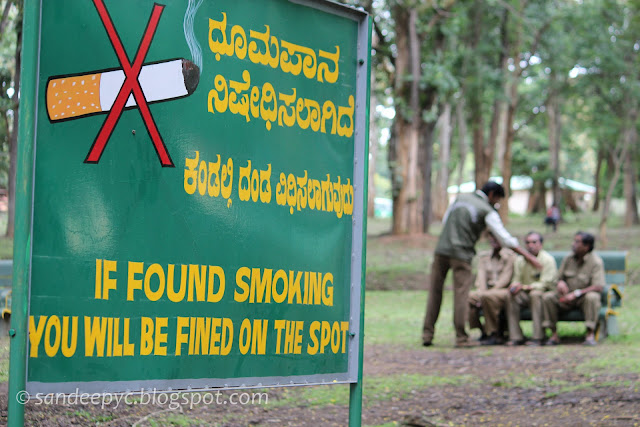 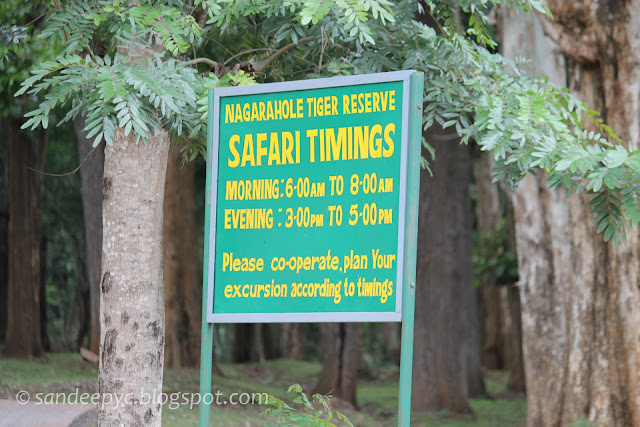 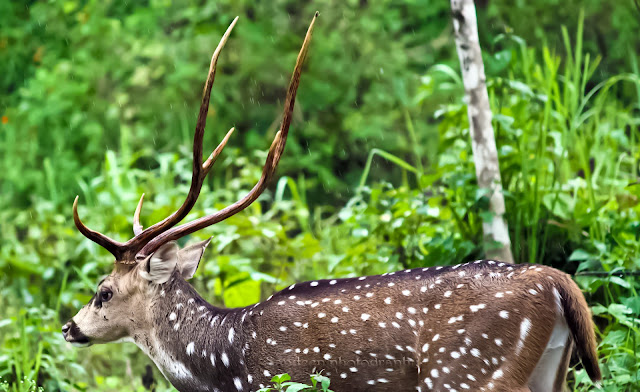 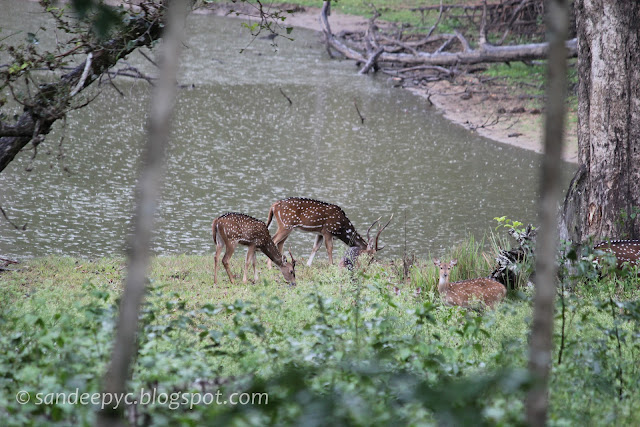