The quest for Mandalpatti

Western Ghats of Madikeri(coorg):The Shola grasslands and forest with mesmerizing water streams and falls, Far stretching green mountains and the cool breeze will definitely make one feel like heaven.

After my 1st visit to Madikeri in 2010, we just planned for some least explored places in Coorg, so we decided to go to a peak and a waterfalls, and decided Mallalli falls on the 1st day and Mandalpatti on the 2nd day.

We started our day from Bangalore early morning having breakfast in Maddur and reached Suntikoppa and started our journey towards
towards Mallalli falls(40km from Madikeri), the nearest town being somwarpet.
The route is via madapur, we reached  a checkpoint for the falls and had some snacks over there form a local shop n hired a local guide(as the place is completely remote) and travelled for some 2km, then we had to park our SUV and started to trek there are atleast a thousand steps to get down and further have to trek a km, totally it should be around 4km we have to walk on foot.
U get some beautiful views of the falls on the way. There is a natural view point at the top surrounded by dark stones.
Once u reach the falls u can go into the water depending upon the water level, there are 2 major steps for the falls, the lower falls is not much accessible so we settled to relax on the rocks around the falls.
The water was ice cooled so couldn't actually spend much of the time playing in the water. We had gone during the christmas time so there was not much of water so it was pretty safe.
This place is meant only to visit in the winter between Dec-Feb is the best time to visit, although u may not find water during hot summers and in monsoons it is impossible and dangerous to visit. Mallalli Falls lies in the foot of Pushpagiri Hill Ranges, where Kumaradhara river takes a plunge over 200 feet.
One would not disagree if someone says Malalli Falls better than Abbey Falls.

After spending hours in the falls we started to climb up the hill back to the car parking, we paid 150Rs to the guide.
We started towards kumara parvata of pushpagiri hills.
Although we didn't planned for kumara parvatha and it was already getting dark we settled visiting a shiva temple(Heggademane Temple) down the hill.


U get nice decent views of the valley from this temple.
We started our journey back to suntikoppa and halted for the night.

On the 2nd day we started early morning 6am towards Mandalpatti, we hired a local Jeep since the roads are very rough and routes were not properly known.
From Madikeri, there are 2 routes to Mandalpatti - one which shares its route with Abbey Falls(around 20kms from Madikeri), the other which goes via Makkandur(around 35kms from Madikeri).


The route via Makkandur is a bit longer but I would easily advise it over the other. We took the route from abbey falls while going and while coming back we came from Makkandur route.  Both the routes take u through the coffee estates and forest so u never get bored of the 2 hr journey. As u drive up the hills u can witness the mountains covered with grasslands on the top. Every view from then are all panaromic views of the mountains. The road ends at Pushpagiri reserve forest office, Mandalapatti.
If I would describe the place in one sentence it would be "No stress, No phones, No pollution, No humans full relax at the untouched".
There is a small hill behind the forest office and a pond, one can climb the hill to get the breathtaking views of the valley. There is a view point also build recently. On top of the hill the wind blows away ur mind. I was a little bit disappointed as there was no mist and clear sky on that day, else one can stand on top of the hill where all the clouds are below them.
There are also tents provided from the forest office at a cost and u need a prior permission from them to go further trekking the hills.
Don't expect food in the hills. We then left the place in the afternoon and on the way back u can find a number of small water streams and falls through the Makkandur route. Finally ended our journey back to Bangalore.


Google Maps:The map shown here is the route with abbey falls, since the road through Makkandur is newly built it is not shown in google maps 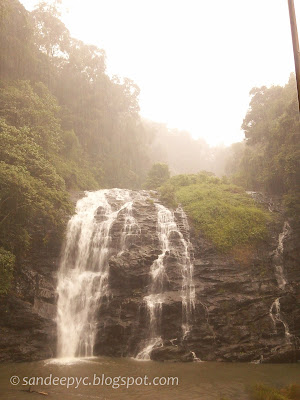 one can also check out Abbey falls, refer the map below for the route. Starting from madikeri it is around 8km from madikeri town. The buses can ply up to 5km, further one has to walk or can take a private bus or jeep(around 50Rs for pickup and drop) which takes u till 1km from the falls and then u've to trek inside the coffee estates for about a km to reach the falls, there is parking facility which charge around 40Rs. you are not allowed to get into the water and there is a small hanging bridge infront of the falls to get a good view of the falls. There are no shops in and around the falls.

Hoardings at The Range Office: 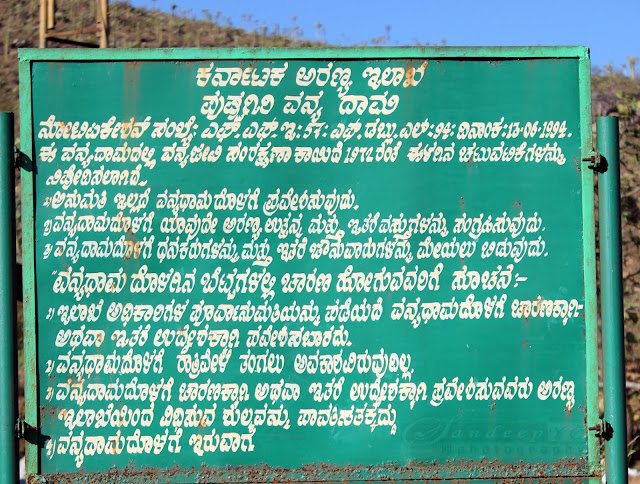 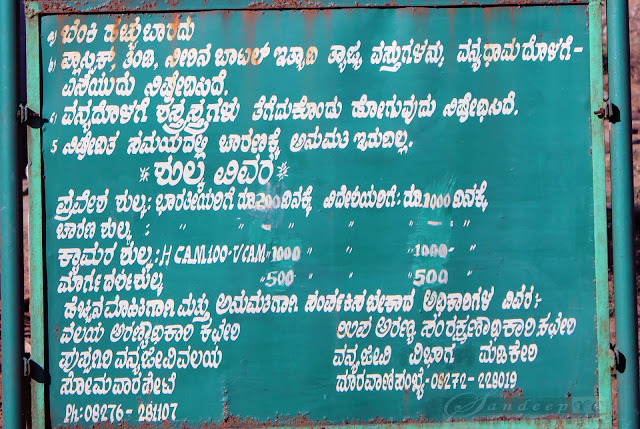 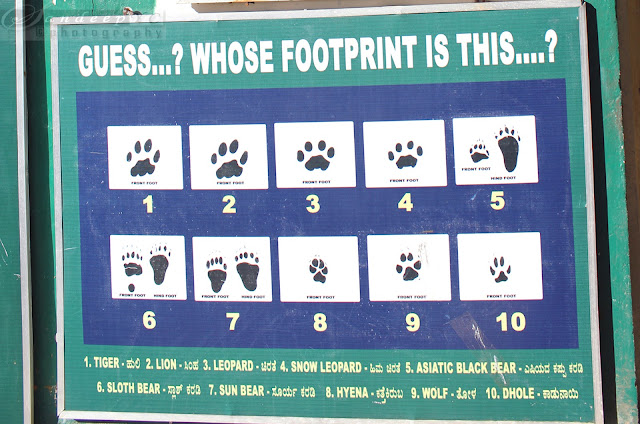 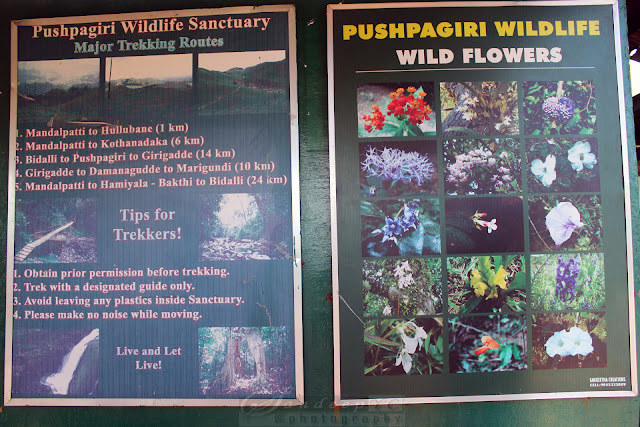 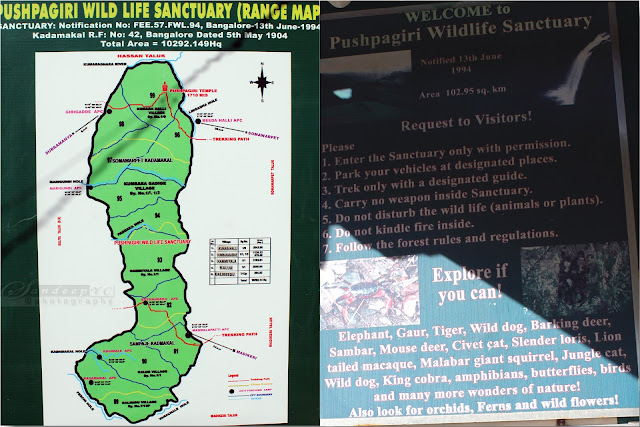 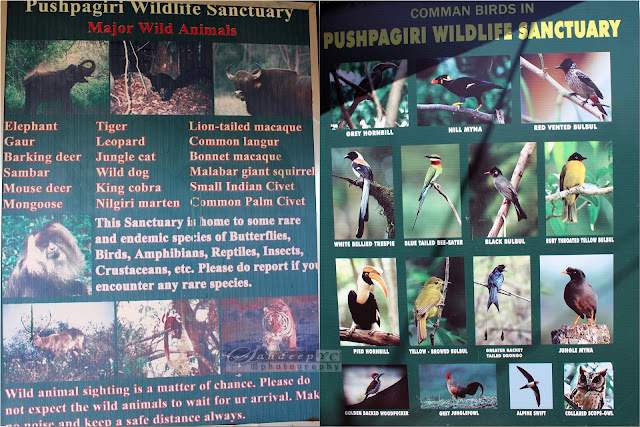